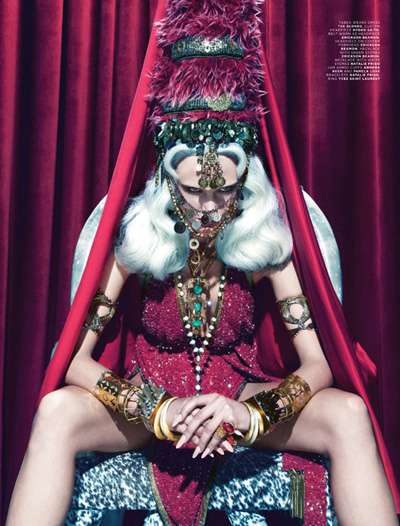 Stylist Christopher Campbell dresses Tabea in a wardrobe studded to perfection. The model plays the role of magnificent monarch, surrounded by a slew of men who pose as her royal subjects. Gracing the sophomore installment of The Ground magazine, the models fuse haute couture historical styles along with a modern rocker aesthetic.