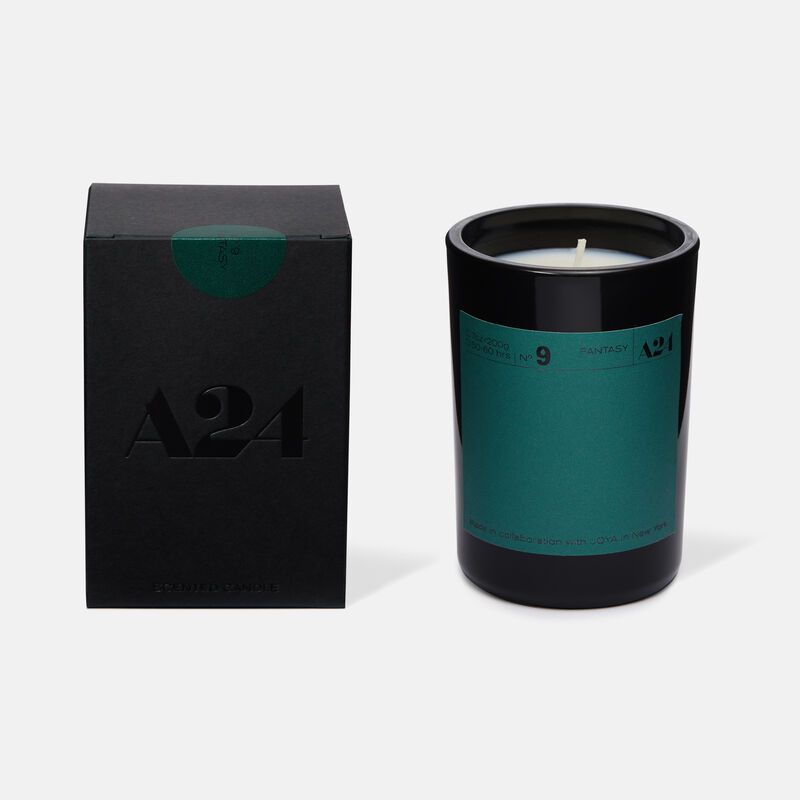 The Green Knight by A24 is Captured into a Whimsical Candle

Amy Duong — May 12, 2021 — Lifestyle
References: a24films
Share on Facebook Share on Twitter Share on LinkedIn Share on Pinterest
A24 is releasing a new candle -- this time, it is themed around the upcoming film, 'The Green Knight.' The highly anticipated film to set to launch later this year during the Summertime. However, the candle arrives a bit earlier as it hits the market next week on May 11th.

The inspiration behind the candle draws elements from molten metal and enchanting forests, boasting fantastical energy. The scent is described as metallic and misty, capturing the same essence as a bright spice and musty moss. The franchise also has other candle themes that are reminiscent of its artful films, including genres such as Horror, Rom-Coms, Noir, and Musical. The Green Knight's candle features rich notes of vanilla bean, tonka, birch tar, armoise, Virginia cedarwood, Canadian fit needle, lily of the valley, clove bud, and gurjun balsam.