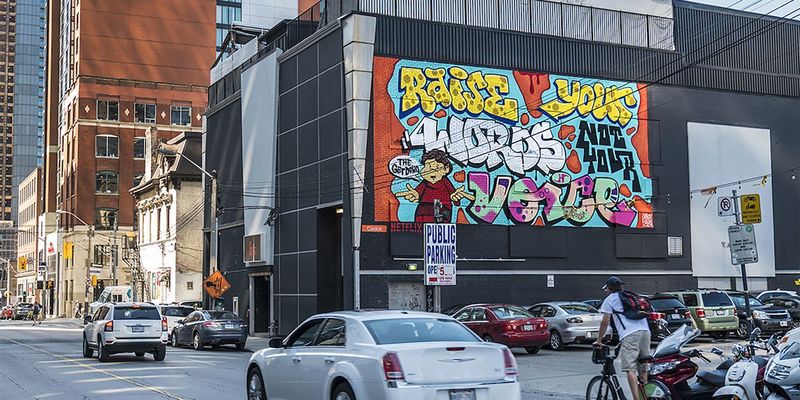 Netflix Paints Graffiti in Toronto for Its Series 'The Get Down'

Erica Francis — August 3, 2016 — Pop Culture
References: marketingmag
Share on Facebook Share on Twitter Share on LinkedIn Share on Pinterest
'The Get Down' is a new series about to launch on Netflix in Canada and the U.S. The 1970s drama tells the story of the rise and creation of hip hop. Based out of South Bronx, The Get Down will delve into the lives of inner-city teens who will make an impact globally through art, music and dance.

To promote and celebrate the new drama, Netflix has taken to the streets of Toronto creating graffiti murals likely seen in 70s New York. According to Marketing Mag, each piece will be painted by a local artist and can be found in different areas downtown.

Hip hop has continued to grow as a genre of music, evolving into a massively lucrative industry. At its core are music heads -- likely city-loving Gen Y and Millennials -- who truly identify with the history of the genre, which is based on the four pillars of hip hop: rap, turntablism, b-boying and graffiti. Netflix's campaign is culturally accurate in its origin and will hit the right target groups.
5.8
Score
Popularity
Activity
Freshness
Access Advisory Services