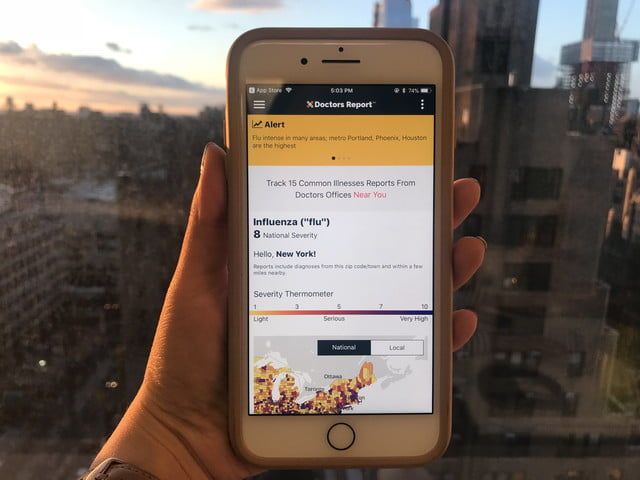 Justin Lam — February 5, 2018 — Tech
References: doctorsreport & digitaltrends
Share on Facebook Share on Twitter Share on LinkedIn Share on Pinterest
The Doctors Report app allows users to easily track and observe the most prevalent illnesses in a certain area. Available as an app and a website, the Doctors Report is capable of tracking 15 conditions and can also provide guidance for prevention based on the severity of the illness in the user's area. The app is sure to appeal health-focused individuals, as the intense graphs, charts and cluster maps indicate the areas and prevalence of illnesses, and can also provide quick information on symptoms, transmission and prevention.

Created by Knox Spencer Associates, the Doctors Report app uses the same data stream used to report patient's visits to insurance companies and government agencies across the country. This data is captured using proprietary technology in the app, and then registered through the various places the illnesses are reported. The app was initially conceptualized as a means to track and show the impact of common illness on the public.

The Doctors Report app is set to release in early February 2018 and will be available for iOS, Android and Amazon.
4.3
Score
Popularity
Activity
Freshness
View Innovation Webinars