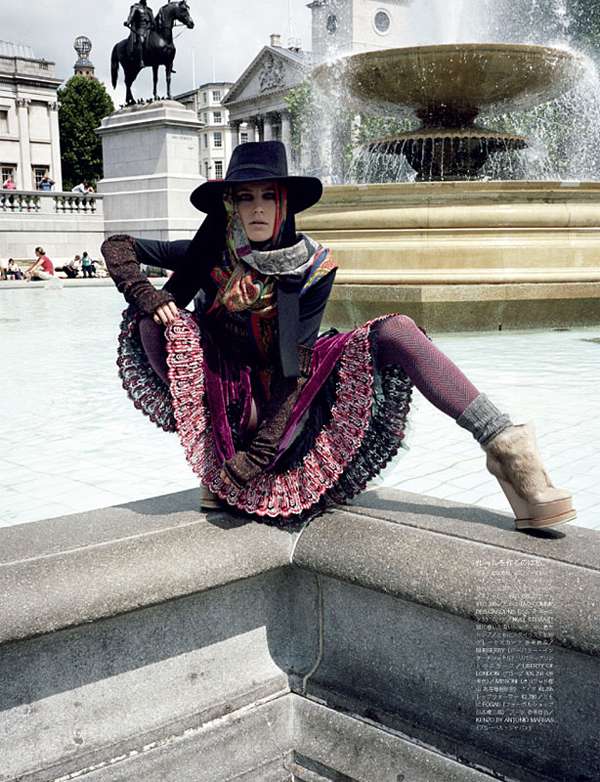 'The Day She Saw the City' in Vogue Nippon Showcases London

Marissa Liu — November 26, 2009 — Pop Culture
References: vogue.co.jp & fashiongonerogue
Model Dree Hemingway (great-granddaughter of Ernest Hemingway) goes sight-seeing for ‘The Day She Saw the City’ in Vogue Nippon. The editorial can be seen in the January 2010 issue of the Japanese magazine, which starts the new year off with a bang.

Photographed by Angelo Pennetta and styled by Francesca Burns, Hemingway, dressed in an eclectic mix of fashions from Paul Smith, Christian Louboutin, Burberry, Liberty of London, Kenzo and Fogal, takes a tour of London in ‘The Day She Saw the City.’
2.7
Score
Popularity
Activity
Freshness