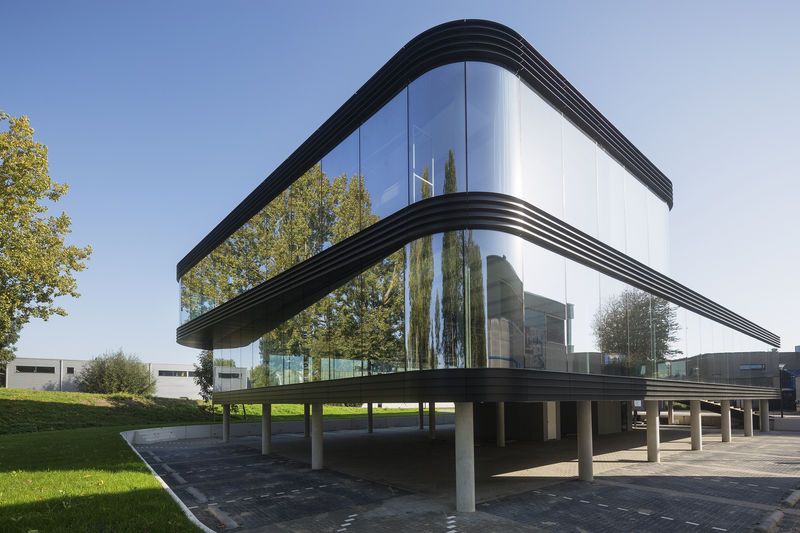 'The Curve' by 'E V A' is a Retro-Futurist Edifice

Joey Haar — June 7, 2018 — Art & Design
References: archdaily
Share on Facebook Share on Twitter Share on LinkedIn Share on Pinterest
In many ways, the 21st century as it was imagined in the 1950s couldn't be farther from what actually exists today, but 'The Curve', an office building in The Netherlands, shows that the retro-futurist vision wasn't entirely off base. The building, which was designed by local studio 'E V A', has the curves and lines of something out of The Jetsons, yet its ample use of glass equally makes it look like something out of Apple's design toolkit.

The Curve is designed with such dramatic use of glass to metaphorically represent the values of the company that occupies it. The company, which served as the client for the building, prioritizes transparency in business above all else, so E V A made the building literally transparent in response.