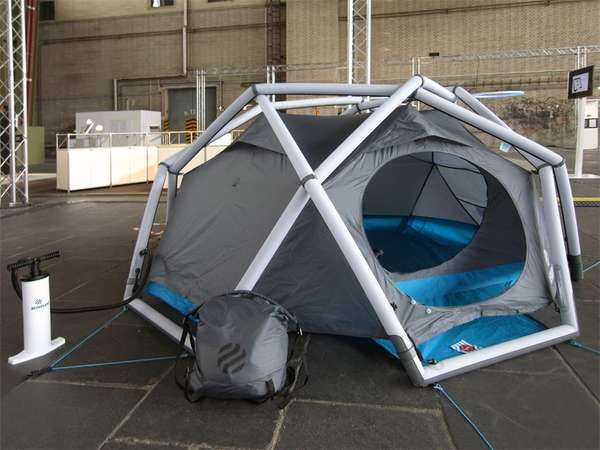 Frackenpohl Poulheim designed this robust tent for Hamburg-based Heimplanet. It’s a cave-like tent that seats up to six people comfortably with more than enough space for three people to sleep in. Its structure is unbelievably easy to set up, taking less than a minute to erect with a pump generator and a minute with the hand pump.

Essentially, the piece is a geometric-shaped dome that’s supported by an air frame with a skeleton model of five double-layer air beams that can deflate as quickly as it goes up. The Cave by Frackenpohl Poulheim is a twist to traditional tents with a strong structure.