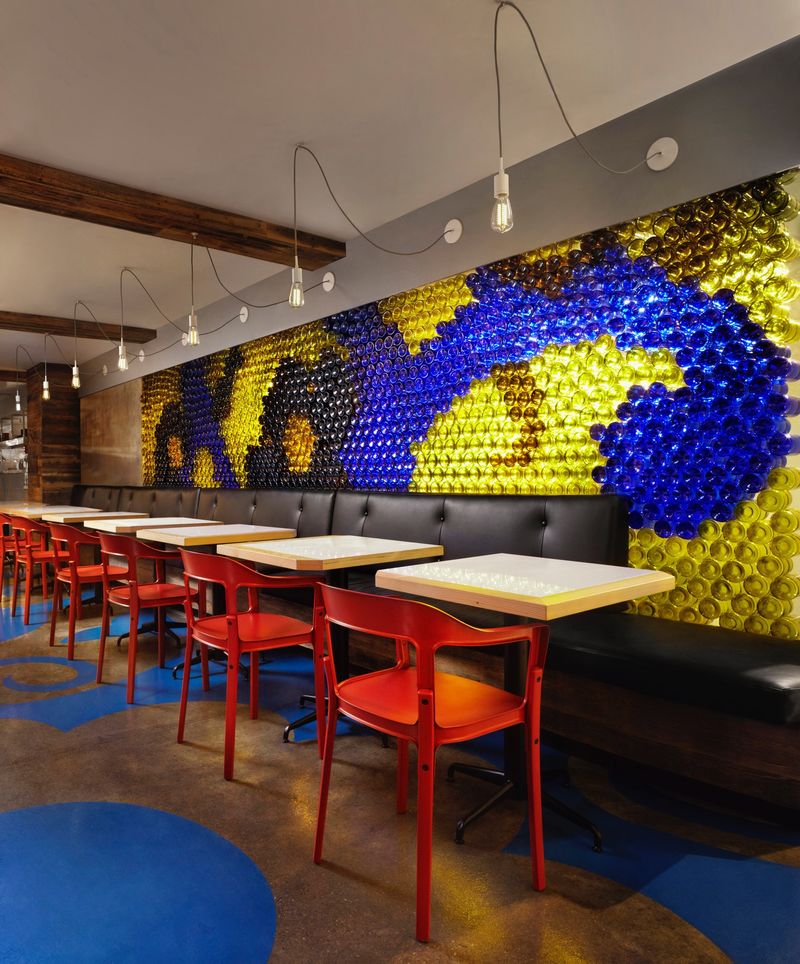 The Barsa Taberna in Toronto is a Hidden Spanish Restaurant

Separated into two spaces: a bar room and the back dining room. A Gaudi-influenced tile pattern is featured on the floor that runs up the walls of the kitchen and out to the bar. Designed in collaboration with a local graffiti artist Pascal Pacquette, the walls are covered in multiple bright colors, feeding into the Spanish theme. The Barsa Taberna is a hidden gem in the middle of the bustling downtown core of Toronto.