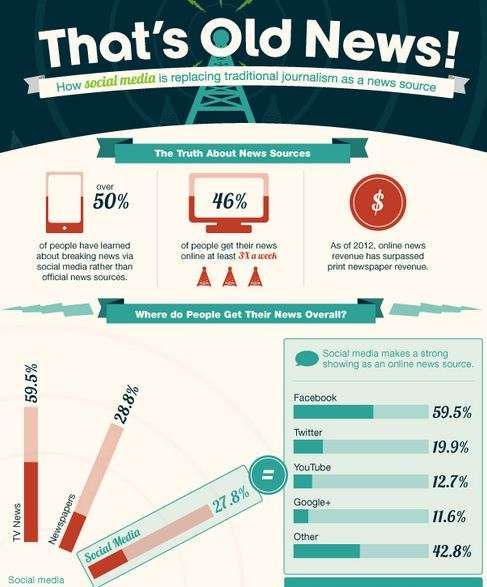 This infographic explains, "How social media is replacing traditional journalism as a news source," according to the graph. The extent to which social networks such as Twitter and Facebook have taken over as viral news sources is staggering. Nearly anything noteworthy around the world can be shared to millions of people within mere minutes, making news spread faster than wildfire. It’s time for the physical media to open their eyes and realize that online, crowd-sourced content could completely push traditional media out of business.

This infographic offers insightful information, such as how Facebook's rating as an online news source is at 59.5%, and Twitter stands at 9.9%. It even shows eight news stories that spread because of social media, such as the Egyptian uprising and Osama bin Laden’s death.
2.1
Score
Popularity
Activity
Freshness
View Innovation Webinars

Webpage Creation Graphs
The ‘Should You Build a Website?' Infographic is Informative