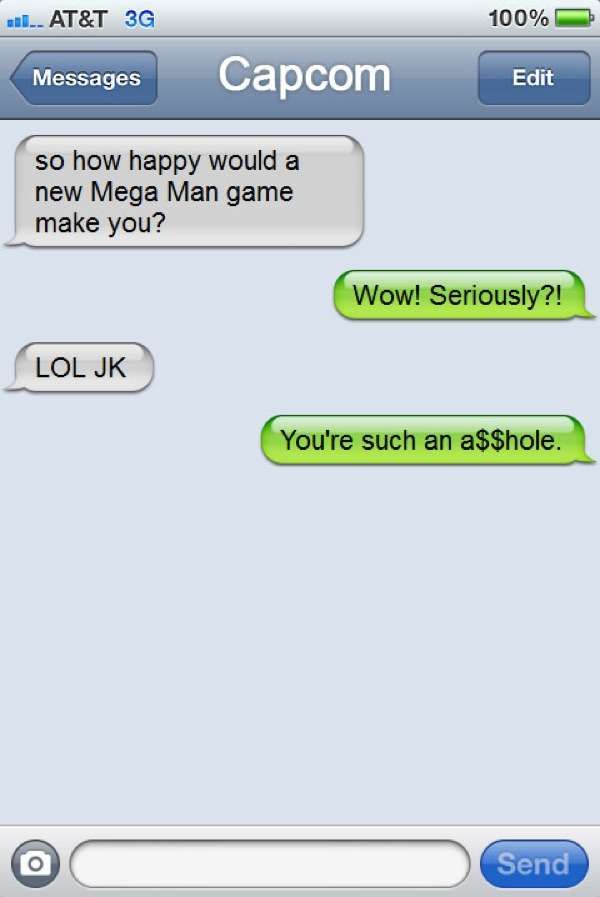 Jason Soy — June 25, 2012 — Tech
References: ca.ign & blog.thaeger
Share on Facebook Share on Twitter Share on LinkedIn Share on Pinterest
Text messages, especially drunken ones, are a major source of hilarity, and writers Brian Altano and Mike Drucker have emulated the format of people’s everyday telecommunications with their article 'Texts From Video Game Companies.' Rather than mimicking texts between two people however, the pair have personified video game companies and developers, like Sony, RARE LTD, Capcom, Nintendo and more, to satirically criticize their business practices. As you can imagine, comedic gold ensues.

A few of the issues raised in 'Texts From Video Game Companies' include Capcom teasing fans about producing new Mega Man games, the unreliability of Xbox’s Kinect, Sony’s obnoxious advertising campaigns and SEGA trying to remain relevant to consumers despite years of inactivity. The texts themselves are a rather inventive way to voice complaints in comparison to what most gamers do: bombard forums with rage-filled messages.