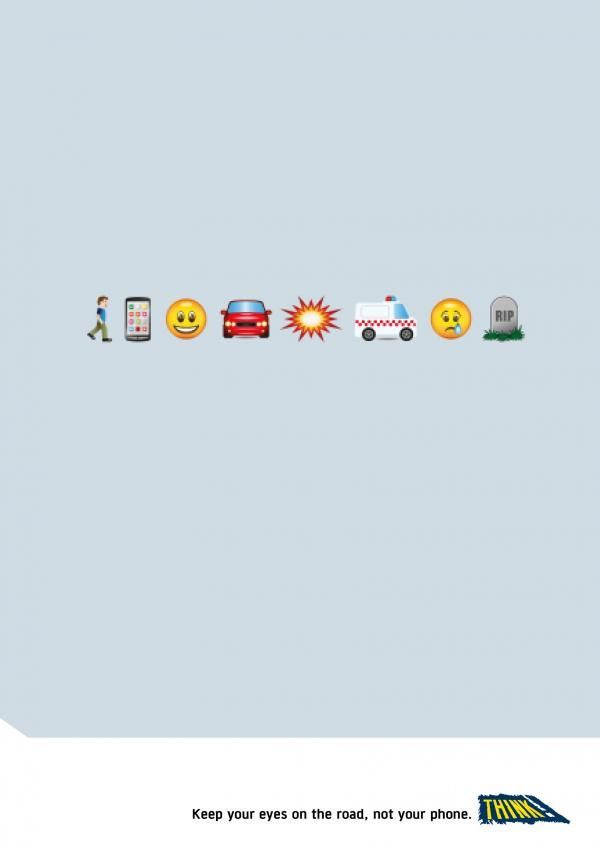 This Think! Ad Shows the Grim Consequences of When You Text and Drive

The story features eight emojis, which begins with a walking man, a phone, a happy face icon, a car, a collision, an ambulance, followed by a crying face and worst of all, a tombstone. Without having to say anything, it's pretty clear the kind of scenario Think! wants you to consider. Although there's definitely a story that's told, it's one that applies to both pedestrians and motorists who share the road.

The clever emoji-themed ad was developed for Think! by the Amvbbdo agency in the United Kingdom.
2.5
Score
Popularity
Activity
Freshness
View Innovation Webinars