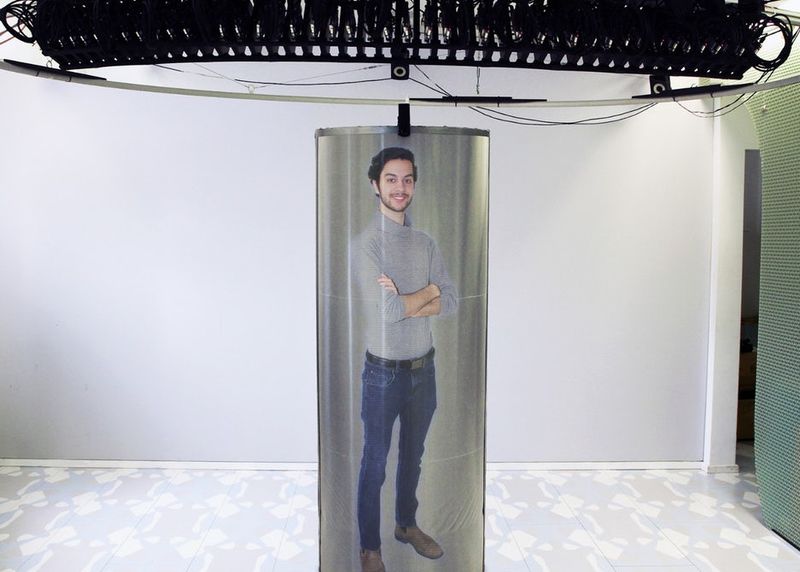 Rahul Kalvapalle — May 1, 2018 — Tech
References: queensu & newatlas
Share on Facebook Share on Twitter Share on LinkedIn Share on Pinterest
A group of engineers and scientists working out of Queen's University in Canada have developed an innovative new teleconferencing system that is designed to make it possible for users to go about communicating with each other not via two-dimensional laptop screens, but fully three-dimensional holograms.

Dubbed Telehuman 2, this system, which was devised by the same team that came up with the older TeleHuman telepod system, makes use of a number of cameras that are designed to capture users' dimensions and participants in 3D, with the obtained data then being transmitted to an array of projectors, which then project the visual data onto a large cylinder-shaped screen.

As the researchers point out, text-based and audio-based communication often lacks a personal touch and can result in messages being lost in translation, a problem which this holographic teleconferencing system aims to tackle.
4.4
Score
Popularity
Activity
Freshness
Attend Future Festival Virtual