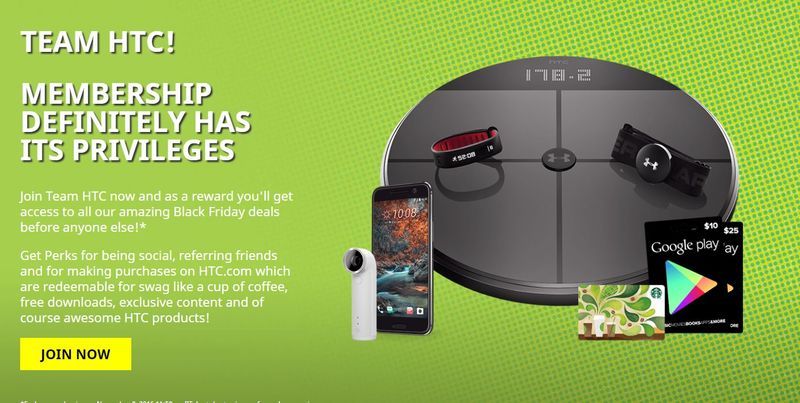 Joey Haar — November 8, 2016 — Marketing
References: htc & androidheadlines
Share on Facebook Share on Twitter Share on LinkedIn Share on Pinterest
Though Black Friday was initially a method for drumming up sales across all businesses, those ubiquitous deals have made it harder for businesses to attract consumers, and HTC's 'Team HTC' campaign is a way to get ahead of that Black Friday rush. Rather than only offering deals on Black Friday itself, Team HTC is a loyalty program that lets consumers earn points in the lead up to the event, giving themselves even better deals and even early access to Black Friday prices.

In terms of structure, Team HTC is in line with most loyalty programs. For every dollar spent on an HTC product, consumers earn three 'Perk Points' that can be redeemed on other HTC products. However, Team HTC differs from other programs in that consumers can earn Perk Points for referring other friends or posting about the program on social media, increasing the system's total reach.
0.9
Score
Popularity
Activity
Freshness
View Innovation Webinars