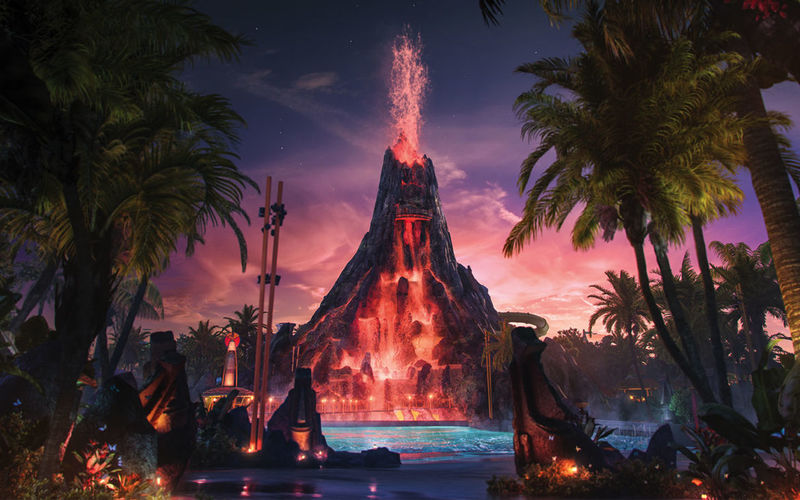 Joey Haar — February 6, 2017 — Tech
References: wearable-technologies & blog.universalorlando
Share on Facebook Share on Twitter Share on LinkedIn Share on Pinterest
Universal's Volcano Bay, a theme park set to open in Florida at the beginning of summer 2017, will integrate a new wearable gadget called the TapuTapu in order to make the guest experience as smooth as possible. Namely, the TapuTapu wearable will turn the entire park into a line-free experience, allowing guests to reserve places in a virtual queue and play in other areas of the park while they wait.

Guests will receive their TapuTapu wearables when they arrive at Universal's Volcano Bay. The wearables are an integral part of the park's infrastructure, and they are thus available at no extra charge. Beyond making reservations in line for rides, the TapuTapu lets guests access various "tap-to-play experiences," which are special effects throughout the park. These include things like controlling water spurting from whales' blowholes and shooting water cannons at other guests.
5.6
Score
Popularity
Activity
Freshness
Access Advisory Services