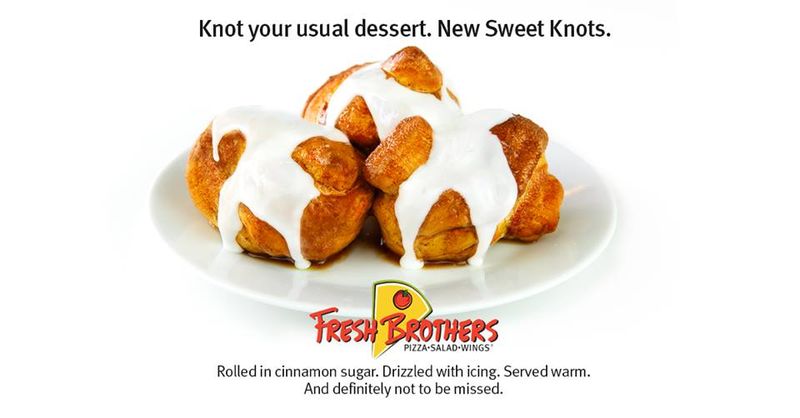 The Sweet Knots from Fresh Brothers are warm, bite-sized rolls coated in cinnamon sugar and drizzled with icing. To make the dish a healthier option, the rolls are completely vegan and served in small portions that are ideal for sharing. The dish was originally tested at the chain's LAX location and proved so popular that it became a permanent menu addition.