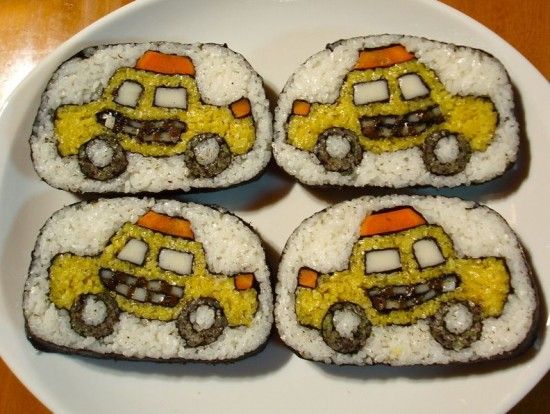 Takayo Kiyota uses 'rolled sushi' in which the (colored) ingredients are laid lengthwise from bottom to top, then rolled shut with seaweed. The outcome is a loaf, similar in shape and size to a rounded loaf of bread. The actual act includes placing colored grains of ride inside the roll itself prior to rolling, which requires precision and patience. Kiyota notes that any shift in ingredient can throw the entire project off, and the outcome is unknown until the actual loaf is sliced.

Some of the works include the Apple iPhone, Facebook 'likes,' alongside replicated artwork and other pop culture pieces.
1.6
Score
Popularity
Activity
Freshness