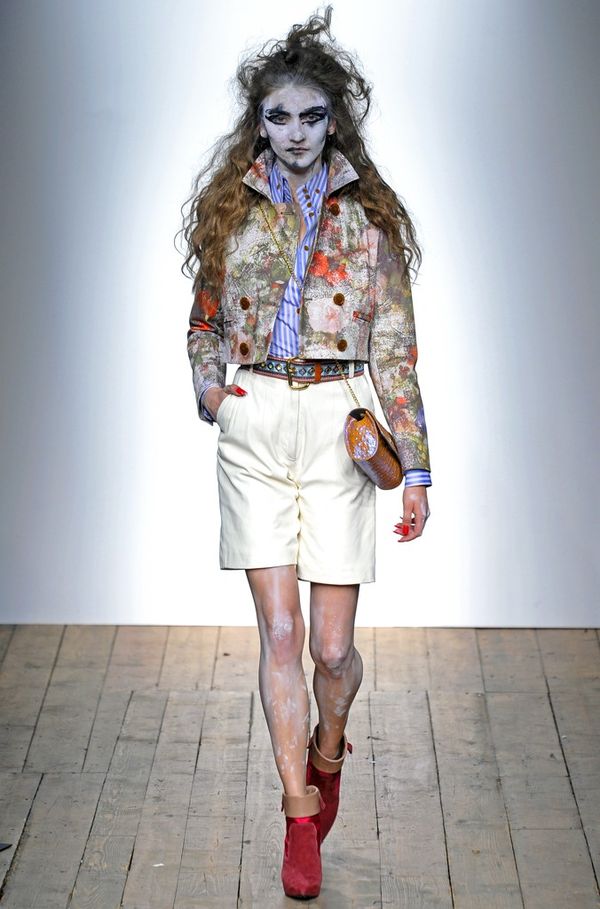 Alexandra Houle — September 22, 2013 — Fashion
References: wwd
Amongst the artists who debuted their Spring 2014 collections at London Fashion Week was designer Vivianne Westwood. Westwood's collections have become notable for their outlandish makeup designs and this season has been no exception.

Her Red Label collection, said to be inspired by the disturbing Hans Christian Andersen fairy tale, 'The Red Shoes,' depicted mask-like, surreal makeup that nearly stole the attention away from the clothes. While the fashion itself was urban and fresh, the makeup contrasted vastly, covering the model's legs and faces in a pallid, corpse-like finish that was both beautiful and grotesque.

While it may not be a makeup look the general population is going to immediately strive for, at the very least, it made Westwood's collection striking and memorable, allowing her to surpass the predictability of fashion week and bring the spectacle to a whole new level of unforgettable art.
6
Score
Popularity
Activity
Freshness