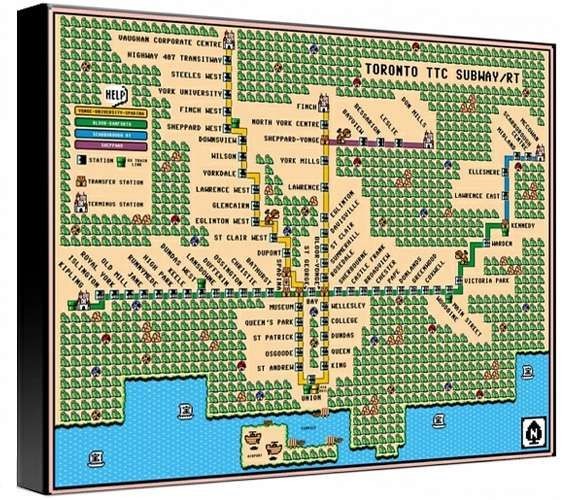 The Super Mario TTC Map is a Retro Replica

Using a fairly simple transit system, this is a legible and impressive adaptation, and a brand new way of seeing the city. Using the original and familiar colors, format and font, this looks exactly like an 8-bit game at first glance. Quickly going viral among Torontonians and even those outside of the city, this is a graphic design masterpiece and a very retro way of depicting space. Even going so far as to depict which areas are more dangerous by using well-known icons, the graphic map is surprisingly detailed considering its low resolution style.

Arguably providing a more helpful look at Toronto than other more traditional maps, this is a fun and creative take on graphic art.
0.8
Score
Popularity
Activity
Freshness
View Innovation Webinars