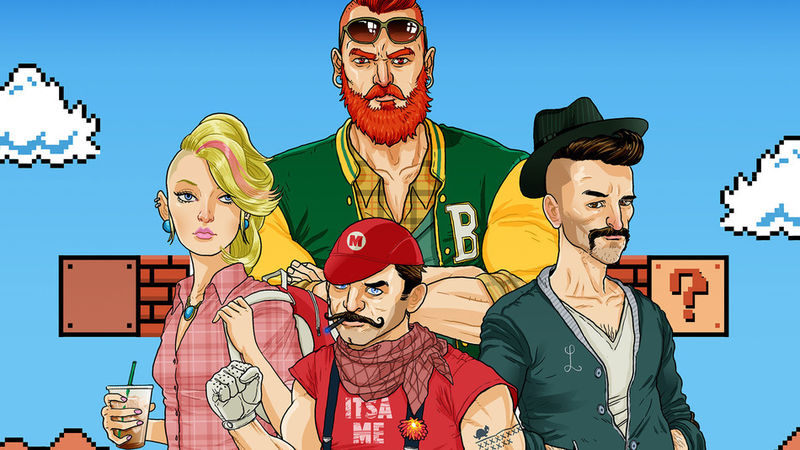 The images feature the game’s most iconic characters -- Mario, Luigi, Princess Peach and Bowser. Each of the Super Mario Brothers characters is depicted with tattoos, colorful outfits and hipster characteristics such as Mario’s classic mustache. Mario, being the shortest of the characters, also boasts a muscular upper body that is decorated with tattoos which are related to the video game.

Additionally, Princess Peach has been transformed from a stout animated character to a long-legged college student with a mushroom backpack. She’s also clutching an iced coffee and her pure blonde hair is interrupted by an edgy pink highlight.
5.9
Score
Popularity
Activity
Freshness
Get Trend Hunter Dashboard