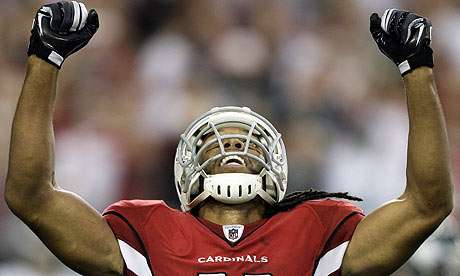 Bianca — February 3, 2009 — Naughty
References: sports.yahoo
It must have seem like a very long 30 seconds during yesterday’s Super Bowl when a reel of incredibly naughty adult video was streamed during the game. Comcast says they are “mortified” about what happened, but have yet to figure out how the clip aired.

“Tucson media outlets reported that they received calls from irate viewers about the pornographic material, which aired just after the Arizona Cardinals’ Larry Fitzgerald scored on a long touchdown reception during the final minutes of the game,” Yahoo Sports says.

The clip aired only in the Tucson area, but it was enough to create quite a commotion—I’d say this is a much bigger deal than Janet Jackson’s nipple slip back when she performed during halftime with Justin Timberlake back in 2004.
4
Score
Popularity
Activity
Freshness