Most Photographed Location Maps
Next
Set of
Related
Ideas 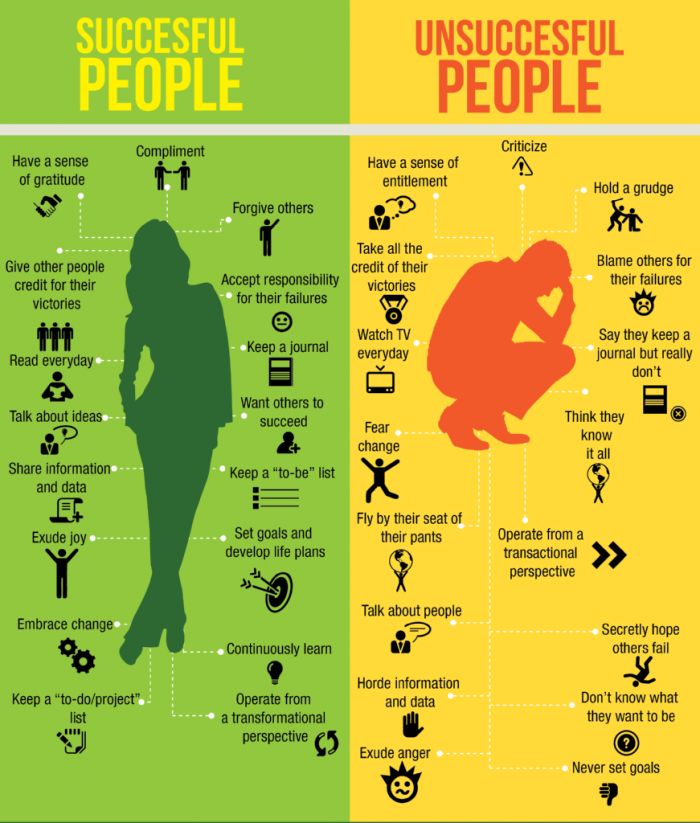 This Infographic Explores the Differences Between Accomplished Mentalities

Misel Saban — October 6, 2015 — Marketing
References: billcraig.info & dailyinfographic
While the difference between someone who is successful and someone who is unsuccessful is stark in achievements, it is really their mentalities that help set them up to either achieve greatness or fail. This infographic entitled "Successful People, Unsuccessful People" showcases the difference in behavioral habits that separate the two.

The infographic is divided up into two portions where one side lists the daily habits and behavoirs of successful individuals and the other side those of unsuccessful people. The traits differ in attitude with the successful individual harboring a much more positive outlook that build them up to flourish such as forgiving others, giving compliments, creating to-do lists and sharing ideas. The unsuccessful individual has pessimistic traits such as holding grudges and a fear of change. Readers can see where their behaviors lie and see if they need to be altered in order to improve their chances of success.
7.1
Score
Popularity
Activity
Freshness