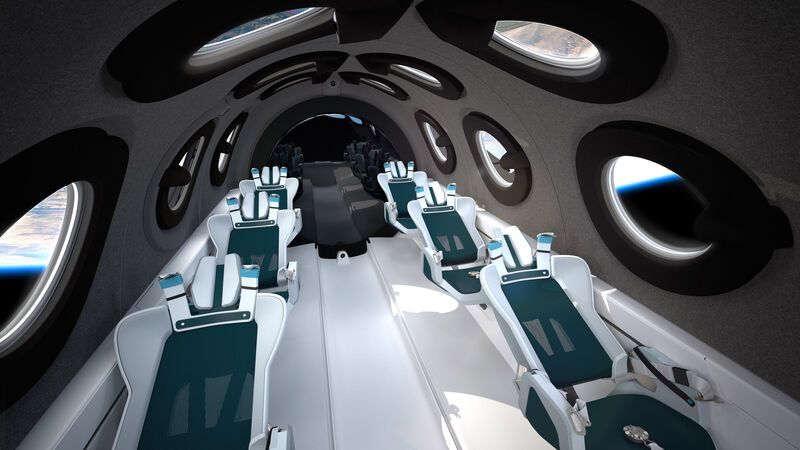 Seymourpowell and Virgin Galactic Reveal the Design of SpaceshipTwo

At $250,000 per seat, the experience is by no means a cheap endeavor. However, passengers of the sub-orbital flight will be able to witness breathtaking views. The VSS Unity is lined with 12 large porthole-style windows, maximizing the views from Earth which is, of course, the main attraction for the sub-orbital flight.

The colorway of the spacecraft's interior draws inspiration from space and Earth. This is strategic as Virgin Galactic and Seymourpowell sought out to create an environment that "drives the excitement and anticipation of what's in store."