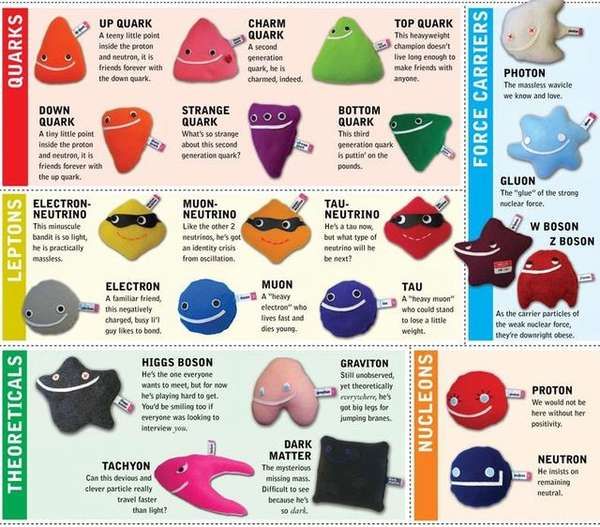 Julie Peasley is the Particle Zookeeper who makes these plushies with the help of a part-time assistant. She has a lifelong interest in particle physics. The idea to make these cute, stuffed particles came to her after she attended a lecture entitled “The Beginning and End of Time” at UCLA.

The plushies can be bought individually but they are also sold in theme packs like the Everyday Matter 6-pack (electron, up quark, down quark, electron-neutrino, neutron and proton). There is also the theoretical 4-pack which includes the graviton, tachyon, Higgs Boson, and Dark matter.

CERN actually gave out some Particle Plushies to past Nobel Laureates in physics at the Lindau, Germany conference earlier this year. Pictured here are Dr. David Gross (2004)and Dr. George Smoot (2006) holding a gluon and a photon, respectively.