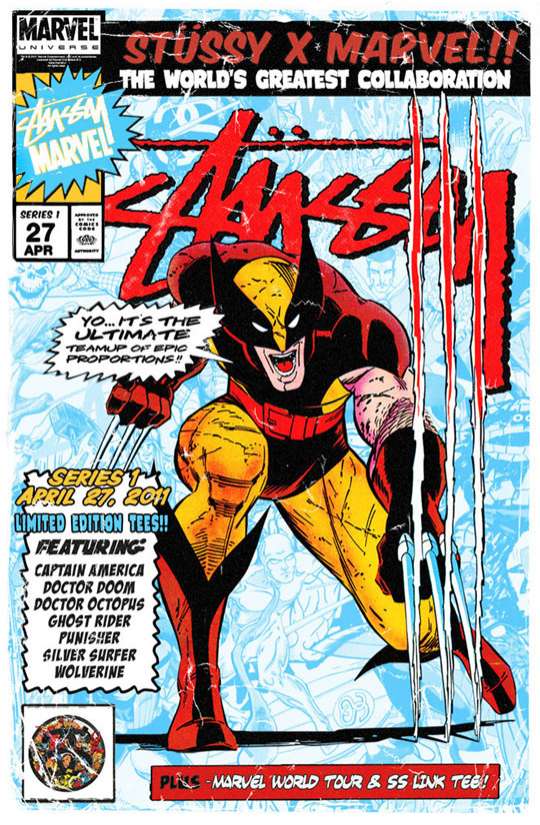 The Stussy x Marvel Comics collection is a new joint effort from the two giant companies to produce fresh, awesome and slightly nerdy apparel. The line will incorporate some of the most famous superheros, solidifying the two companies' statuses as ambassadors of cool. According to F5 Refresh, there will be two separate releases: the first one will see a variety of shirts and caps "that integrate Marvel imagery with Stussy font," and the second will gather international artists to pay tribute to their favorite characters by interpreting them with a personal touch.

The Stussy x Marvel Comics collection is set to be released between the months of April and May.
2.8
Score
Popularity
Activity
Freshness

Heroic Cufflinks
These Superman & Batman Cufflinks Will Give You Superpowers