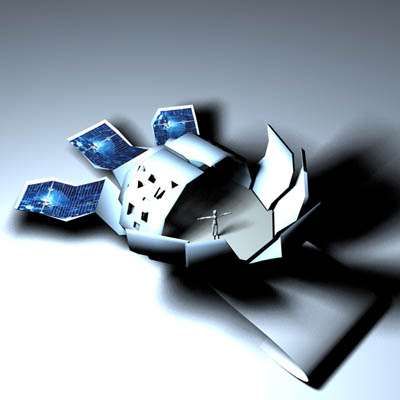 Ayman — February 28, 2008 — Unique
References: streamer.lmdesign.net & bornrich.org
Share on Facebook Share on Twitter Share on LinkedIn Share on Pinterest
The Studio Streamer concept brings holographic video streaming to the street. It is a conceptual 60m2 studio that can transform itself to a hi-tech scene, for streaming videos in holographic form. It features a small 30m2 living module, a bathroom and kitchen, holographic projector, live video streaming technology, WIFI internet and three solar panel modules to produce its own power. The wall modules mechanism can transform the studio room into an open scene.

The Studio Streamer can be used for many purposes such as a sound recording studio, where the user can create music and video tracks and than perform them in front of random audience. It can be also used as a promotional street or fair tool by big video streaming websites like YouTube or MySpace for projecting live videos in holographic form for the audience on the street.

The project was developed by four students from Technical University Munich, Germany for a contest. They are looking for sponsors interested in realizing this project.