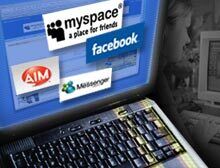 "It's been hard, especially in the beginning," said Kerry Graham, who reports that she quit using Facebook during Lent.

Implications - Social networking sites have reached record adoption levels, which has caused a bit of a cultural backlash as addicted users curb their time spent online. A renewed focus on honored traditions such as religious practices offers a convenient excuse for social media users to sacrifice time spent online and emphasize offline interactions, even if only on a temporary basis.
1.7
Score
Popularity
Activity
Freshness
Attend Future Festival Virtual