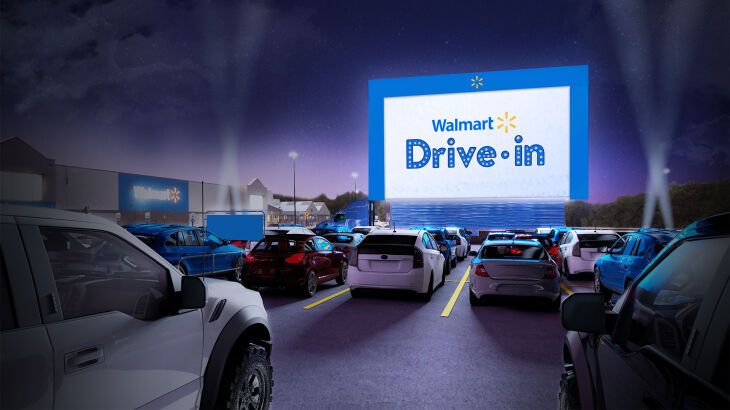 Daniel Johnson — July 2, 2020 — Business
References: walmartdrive-in & techcrunch
Share on Facebook Share on Twitter Share on LinkedIn Share on Pinterest
Walmart announced a partnership with Tribeca to convert 160 store parking lots into drive-in movie theaters. Converting the Walmart store parking lots will be undertaken as part of the Drive-in program, which spearheaded by Tribeca. Previously Tribecca created driven-in theaters in a number of different cities across the United States, including Los Angeles, New York, Miami, Seattle, as well as Arlington. Screenings at the retail store are scheduled tor run from August until October.

Opening drive-in theaters at retail locations could be popular with consumers, as it gives them a recreational activity during social distancing. Additionally, consumers may connect with the retail brand more, as it shows an active interest in putting on community event s for consumers to participate in.