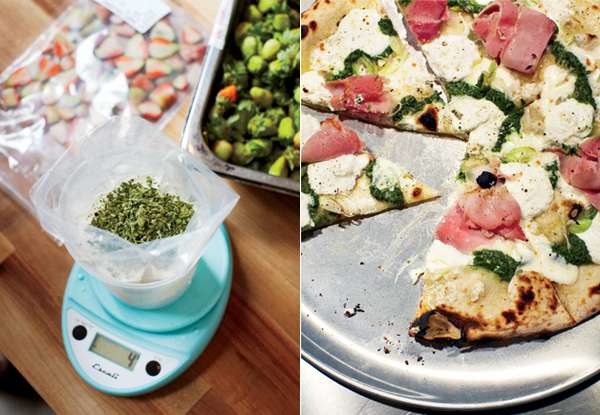 Trenton Millar — July 3, 2012 — Naughty
References: gq
Share on Facebook Share on Twitter Share on LinkedIn Share on Pinterest
For those who enjoy marijuana edibles but are discouraged by the lack of new options since the advent of the pot brownie and the pot cookie, GQ Magazine has spotted a restaurant in Brooklyn named Roberta's that is taking stoner food to new heights. Rather than simply trying to mask the flavor of marijuana, head chef Carlo Mirarchi has embraced the ingredient for both its flavor and its psychoactive properties.

The restaurant has come up with tasty foods like marijuana pesto, and has also dabbled into mixology by creating the Planet Caravan cocktail. This cocktail is made with gin, earl grey tea, egg white, lemon juice, grapefruit bitters, simple syrup and (you guessed it) marijuana. These are just examples of a number of marijuana-based dishes that the restaurant has come up with. Having chefs treat marijuana as an actual ingredient in their many succulent creations is ushering in a new wave of delicious and spacey stoner food.
2.7
Score
Popularity
Activity
Freshness
Attend Future Festival