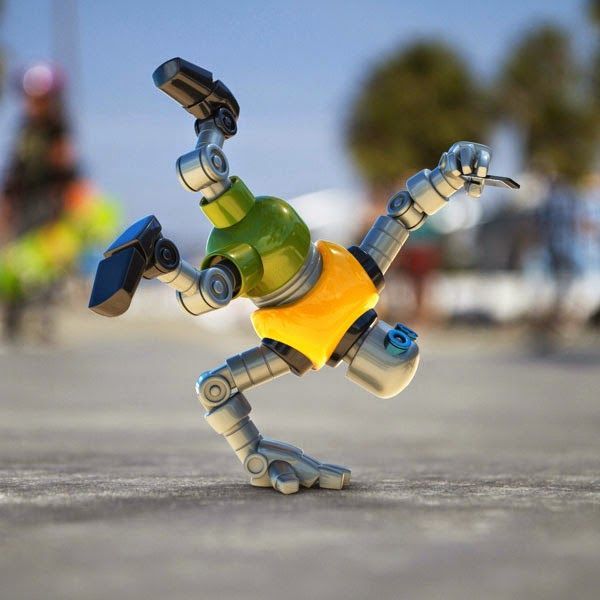 Steve Talkowski’s Graphic Robots Have a Lot of Fun

Sarah Dos Santos — April 16, 2014 — Art & Design
References: sketchbot & faithistorment
Share on Facebook Share on Twitter Share on LinkedIn Share on Pinterest
Illustrator Steve Talkowski created these wonderful illustrations of robots during their would-be daily adventures. The illustrations are so 3D and lifelike you would assume the collection was a series of photographs of toys, rather than computer animations. Great detail was put into each robot to give each of them their own personality and role.

One robot is deep in thought as he searches for metal on the sand, another robot seems confused as he places pylons and directs traffic. There’s also a recycling robot, a curious robot, a breakdancing robot, a surfer, a scuba diver and a social media loving robot.

These adorable illustrations by Steve Talkowski will remind you of the LEGO movie. As you stare at the pictures, you’ll blink before they come alive, sneaking movements as your eyes shut.