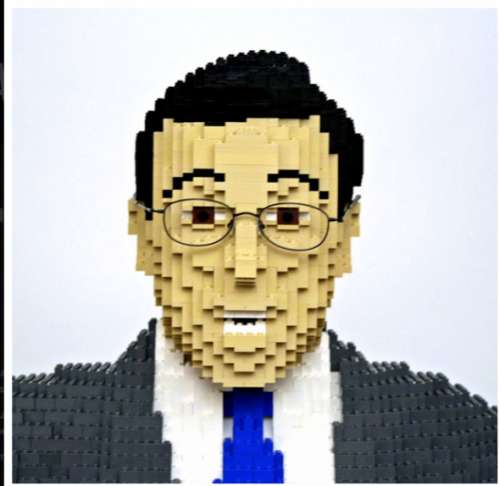 Meghan Young — June 30, 2011 — Life-Stages
References: brickartist & neatorama
Share on Facebook Share on Twitter Share on LinkedIn Share on Pinterest
New York-based LEGO artist/designer Nathan Sawaya is back at it again with his Stephen Colbert LEGO sculpture. First he created a life-sized statue of Conan O'Brien and now he has tackled yet another late-night TV host. Perhaps he is on his way to creating a pop culture collection of late-night personalities.

Although not as extensive as the Conan O'Brien LEGO statue since Colbert isn't as tall, the Stephen Colbert LEGO statue is just as impressive. Who knew that these iconic building blocks could actually capture the characteristics of such a funny man. Since Nathan Sawaya had fun as a guest on The Colbert Report, it is only fitting that he took the time to pay tribute to the fellow that interviewed him.
5.1
Score
Popularity
Activity
Freshness
Attend Future Festival Virtual