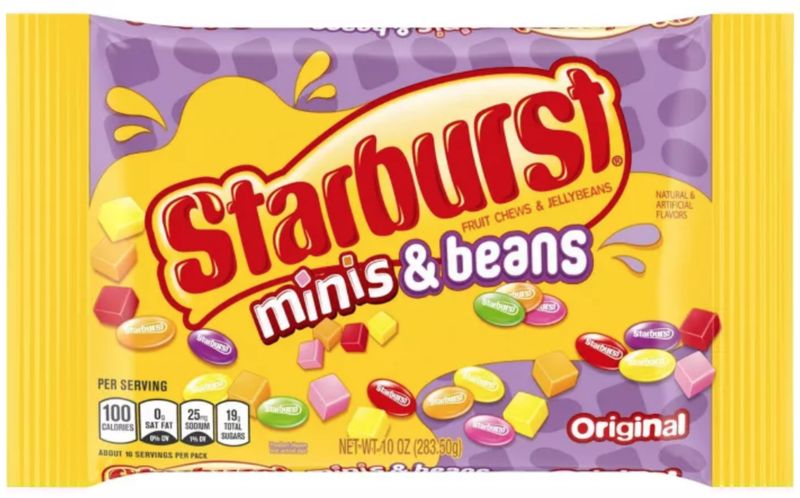 Starburst Minis & Beans is a new variety pack that brings together colorful Starburst Minis and Starburst Jellybeans. The Starburst Minis come in four classic flavors, including cherry, lemon, orange, and strawberry. The Starburst Jellybeans come in the same four varieties, but with the bonus of grape and green apple flavors as well. The result is a fruity mixture that lets you enjoy both soft and chewy textures at the same time. Or as Target puts it: "Add an unexplainably juicy treat to your Easter party, around your house—or stash a few for snacking later."

The new Starburst Minis & Beans come in a sharable 10-ounce bag and can currently be found at Target and Walmart.