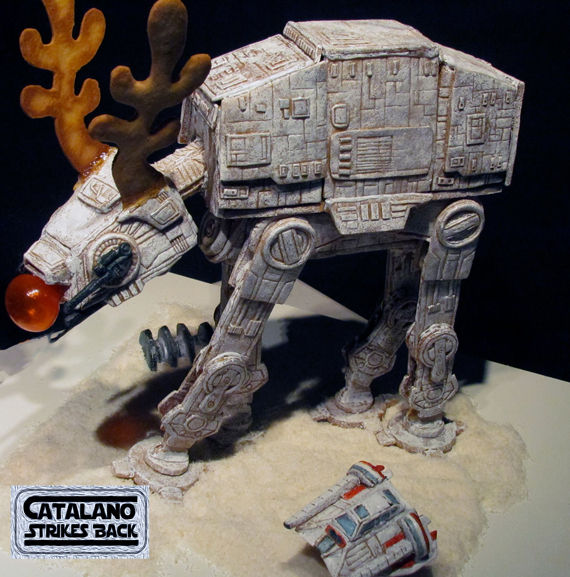 Angela Rajic — November 23, 2013 — Lifestyle
References: facebook & huffingtonpost
Share on Facebook Share on Twitter Share on LinkedIn Share on Pinterest
Every November, Canada holds its National Gingerbread showcase, and this year's competition will be out-of-this-world thanks to one British Columbia restaurateur's world-class Star Wars Gingerbread design. Entitled 'Rudolf the Red-Nosed AT-AT' the design, created by chef Aaron Lawrence of Catalano Restaurant at the Magnolia Hotel in Victoria, features the famous Star Wars attack walker bedecked in a pair of antlers and a shiny red nose. The design is a continuation from last year, when Catalano created a gingerbread Millennium Falcon.

Among the vast array of different entrees, this Star Wars gingerbread design will stand out with its geeky, pop culture-referencing twist on a Christmas Classic. It takes a beloved holiday song and film and meshes it seamlessly with a Sci-Fi favorite. This creation will certainly be hit with the online community, and hopefully with the judges too.
3
Score
Popularity
Activity
Freshness
View Innovation Webinars