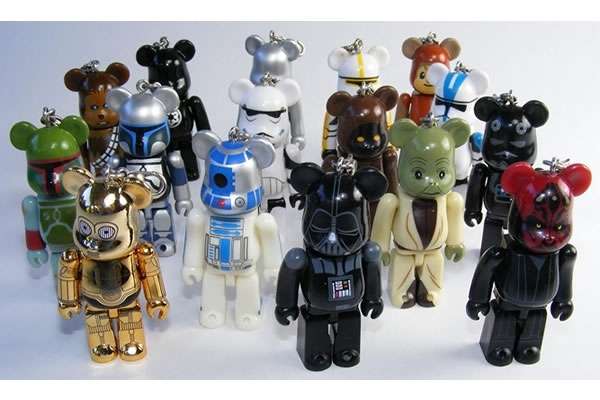 Star Wars Bearbrick Figures Reinterpret Both Sides of the Force

Some of the major players in George Lucas' epic saga have been reinterpreted as Bearbrick figures. Each of the Star Wars Bearbrick figures has been painted over with its character's iconic costume that will make it instantly recognizable to fans and even those who aren't that familiar with the sci-fi franchise. The faces that make an appearance include Darth Maul, R2-D2, Yoda and the very sinister, but reformed (at the end of The Jedi Returns, anyway) Darth Vader. There's a clasp on the top of the head for a chain to go through so that you can attach these to your smartphone or keys.
3
Score
Popularity
Activity
Freshness