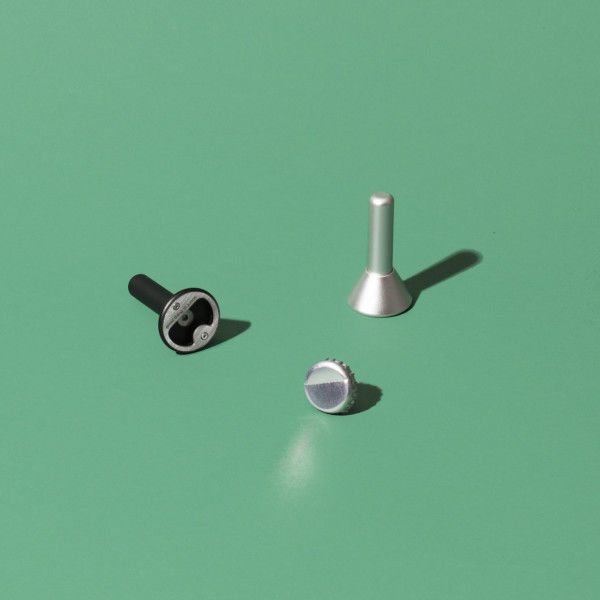 'Stand-Up Bottle Opener' Hides the Lever Mechanism Underneath Its Stem

Joey Haar — August 11, 2016 — Art & Design
References: supergoodthing & design-milk
Share on Facebook Share on Twitter Share on LinkedIn Share on Pinterest
'Stand-Up Bottle Opener' relies on the utilitarianism of industrial design, demonstrating that pleasing form follows out of effective function. While most bottle openers that people use either come on the other side of a corkscrew or are gaudy, branded pieces that came free in a case of beer, the Stand-Up Bottle Opener's minimalist design is so subtle and straightforward that consumers might not even realize how to use it at first.

The subtlety of the Stand-Up Bottle Opener is no coincidence. Rather, designer Benjamin Kikic of Good Thing in Brooklyn, New York, put the opening mechanism beneath the device and allowed it to stand up so that it could be kept out as an appealing piece of interior design. Sitting on a kitchen table, the Stand-Up Bottle Opener could just as easily be mistaken for a centerpiece as it could be a bottle opener.
2.8
Score
Popularity
Activity
Freshness
View Innovation Webinars