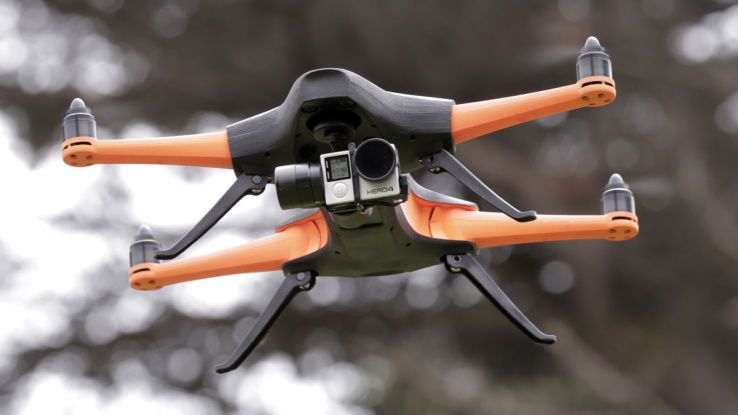 The 'Staaker' Drone Locks onto its User to Film Their Activities

The aptly named Staaker drone stalks its user by means of a wearable wristband or armband. Once locked onto the wearable's signal, the drone can be set to several different automated flight modes based on the type of shot that the user desires. It can follow directly behind the user for long takes, repeatedly circle the user for dynamic footage, follow the user while keeping the same scenery in the background, or rotate the camera while hovering in place, all without any user input.

The Staaker drone can turn even amateur extreme sportspeople into pros -- from a videography perspective.
4.7
Score
Popularity
Activity
Freshness
Get the 2021 Trend Report FREE