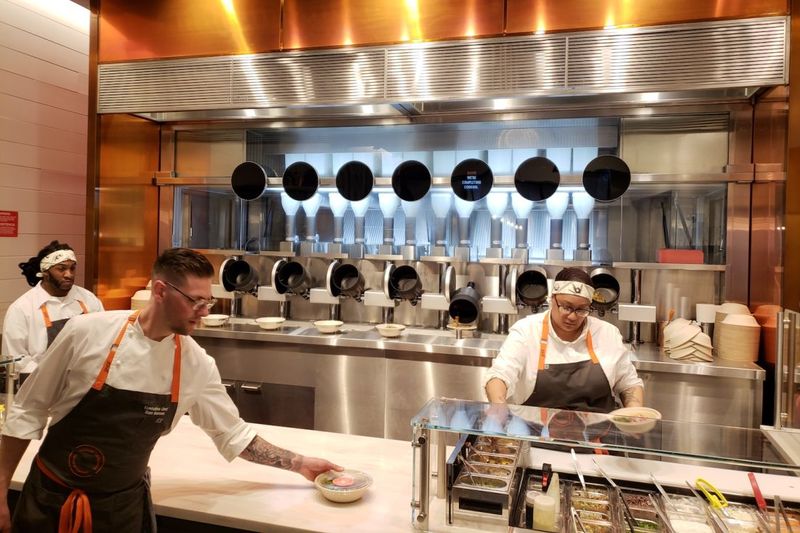 Justin Lam — May 7, 2018 — Tech
References: xconomy & engadget
Share on Facebook Share on Twitter Share on LinkedIn Share on Pinterest
Spyce Food recently opened its doors in Boston and could spell the end for regular restaurant employees. Launched as a joint venture between four former MIT students and a Michelin-starred chef, this new eatery serves up bowl-based meals crafted by an almost fully robotic kitchen. In fact, almost all of the restaurant is entirely mechanized, as customers order from touchscreen kiosks, with humans sticking around for general assistance.

The kitchen aspect of Spyce Food is by far the most mechanized part of the restaurant as a massive piece of machinery cooks each food order. By using magnetic induction, the machine is able to heat the food and automatically rinse itself off after preparing each dish. However, Spyce Food still does need human operators as the machine is currently incapable of prepping the ingredients, nor can it garnish finished meals.