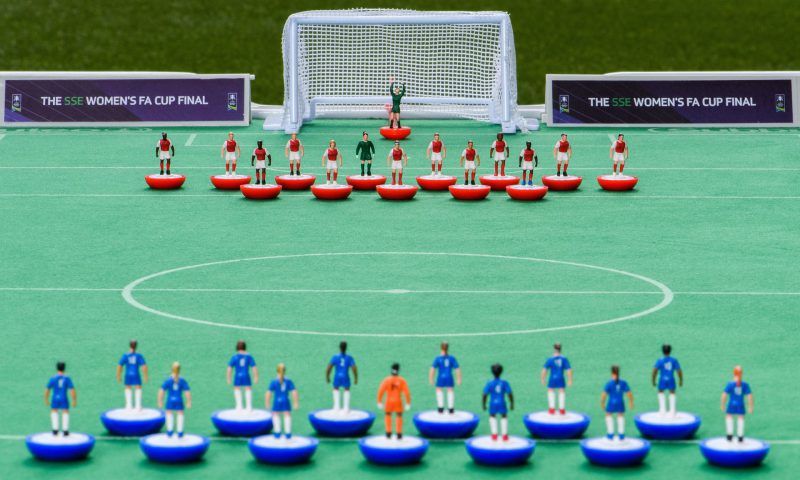 The new game includes 22 outfield players and six substitutes each of which is hand-molded and painted with their own unique traits and details. To tie in with the upcoming sporting event, the players included in the set are dressed in colors to represent the finalists Arsenal and Chelsea.

The launch of the kit was recently supported by English international footballer Sue Smith at Wembley Stadium. Unfortunately, the all-female sports playset Subbuteo created with Hasbro is not set to be made commercially available, as the 100th limited-edition product is currently only being made available to a lucky few fans through social media.
4.1
Score
Popularity
Activity
Freshness