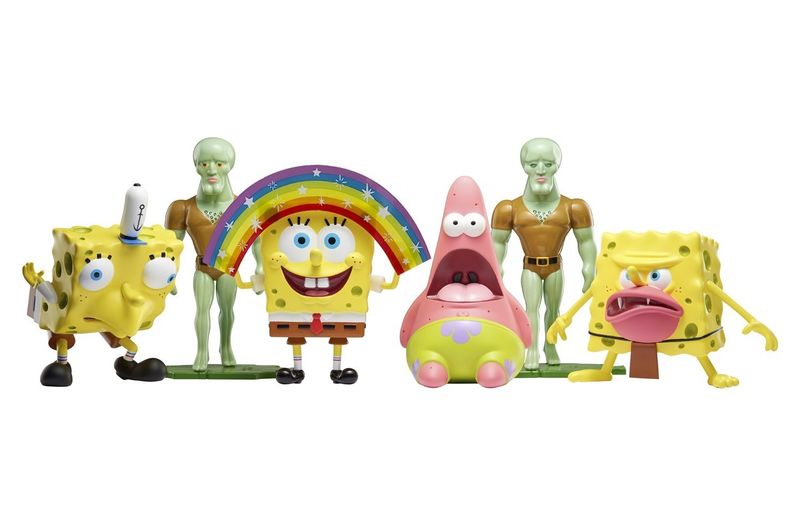 Laura McQuarrie — February 14, 2019 — Pop Culture
References: alphatoys & prnewswire
Share on Facebook Share on Twitter Share on LinkedIn Share on Pinterest
In celebration of the 20th anniversary of SpongeBob SquarePants, Alpha Group is launching an all-new line of collectible SpongeBob toys based on the animated series that appeals to the franchise's multi-generational fan base of kids, tweens, teens and Millennials who love to look back on nostalgic content.

Countless SpongeBob SquarePants toys have been introduced over the past few decades yet this new one taps into how consumers have given the show a life of its own on the Internet via memes and viral content. The 'Masterpiece Memes' introduces eight-inch collectible vinyl figures based on 'Handsome Squidward,' 'Imaginaaation SpongeBob,' 'Surprised Patrick' and more.