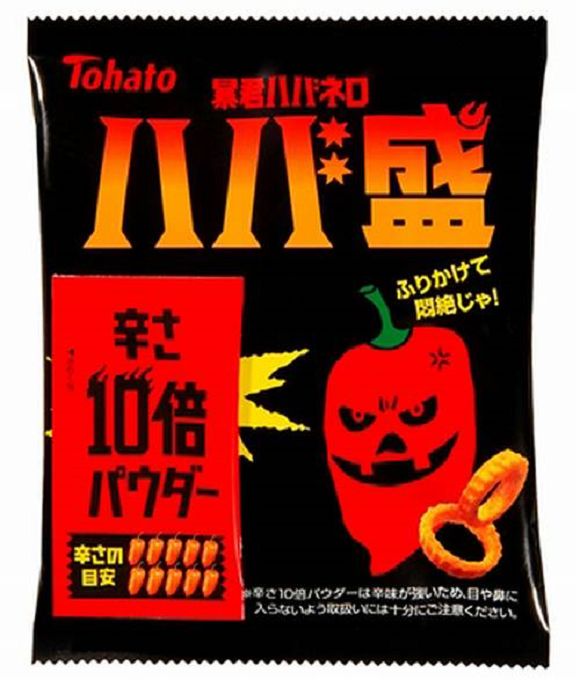 Laura McQuarrie — April 17, 2014 — Lifestyle
References: narinari & en.rocketnews24
There's an intense market for spicy potato chips, but it's about to get a whole lot hotter in Japan. Bokun Habanero is one brand that has absolutely dominated in popularity over the past decade and now it's hoping to totally sweat out the competition by offering a new version of Bokun Habanero that's 10 times as spicy as the original.

If you're someone who can only handle spice in small quantities, you'll want to pay extra attention the next time you pick up a bag of Bokun Habanero chips. While there's usually a rating system that illustrates the heat levels with little chili pepper symbols, Bokun Habanero goes way off the scale with ten peppers lined up one beside another. Since Bokun Habanero gets its name from the Japanese character for "violence," combined with the name of the spicy habanero chili pepper, it was really only a matter of time before the brand decided to turn up the heat.
2.3
Score
Popularity
Activity
Freshness