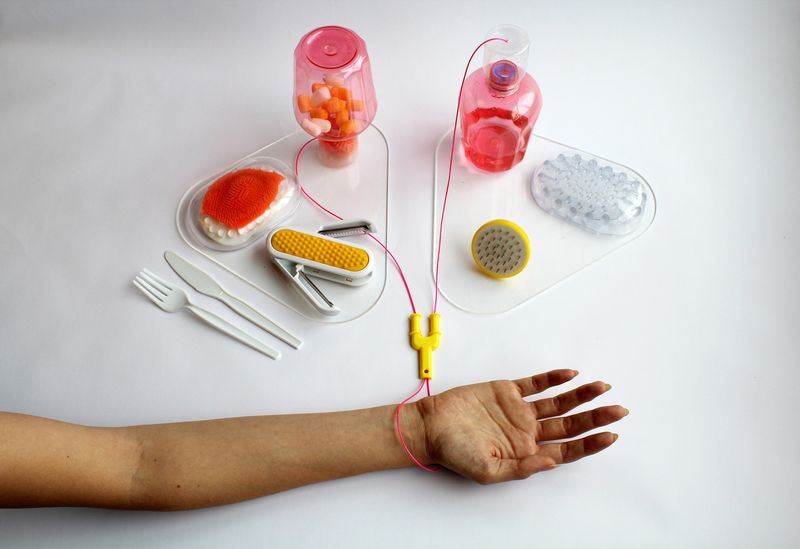 This Speculative Design Exhibit Guesses the Future of Human Needs

Based on their observations about society and technology, students were asked to create products that they imagine humans might need in the future. A vessel for gifting your DNA, sensual robots, a glove that stops cyber crime, a translator for people who are more fluent in emojis than a verbal language and a device that harvests edible fungus from your body are all examples of the creative fictional needs the students behind the show came up with. The show's purpose is to focus on an area of design that doesn't receive much attention by creatively representing the direction technology and social interaction are taking us.