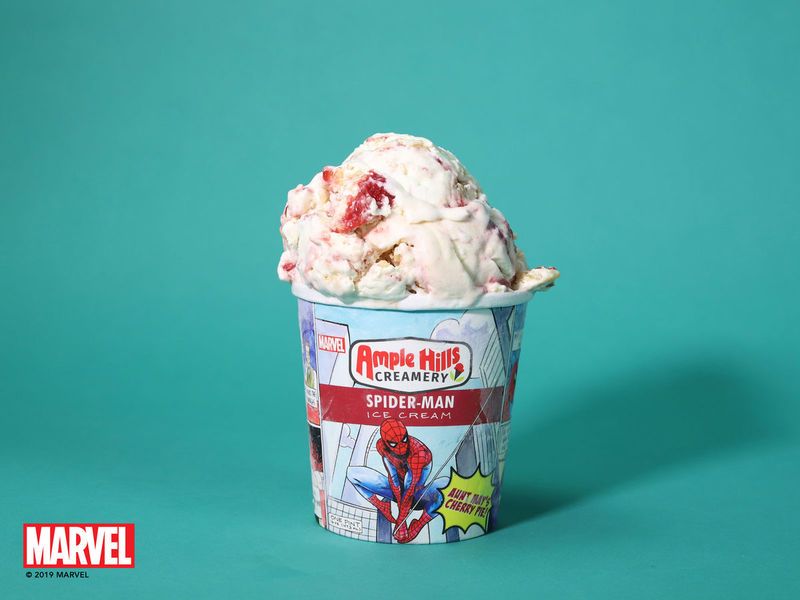 Laura McQuarrie — July 2, 2019 — Lifestyle
References: amplehills & foodandwine
Share on Facebook Share on Twitter Share on LinkedIn Share on Pinterest
In honor of Marvel's 80th anniversary, Ample Hills Creamery is introducing special pints that feature packaging designs and flavors that superhero fans are sure to love. Now on the menu at Ample Hills Creamery are three new superhero-themed flavors that pay tribute to Captain America, the Black Panther and Spider-Man. These special pints are wrapped in containers that are complete with their own mini-comics that will capture the hearts of comic book fans, as well as those who have been drawn in by the latest superhero movies.

In 2019, the year of Marvel's milestone anniversary, fans have been treated to a range of new movies like Captain Marvel and Avengers: Endgame and as of today, Spider-man: Far From Home is now hitting theaters.
4.6
Score
Popularity
Activity
Freshness
Jeremy Gutsche Keynote Speaker