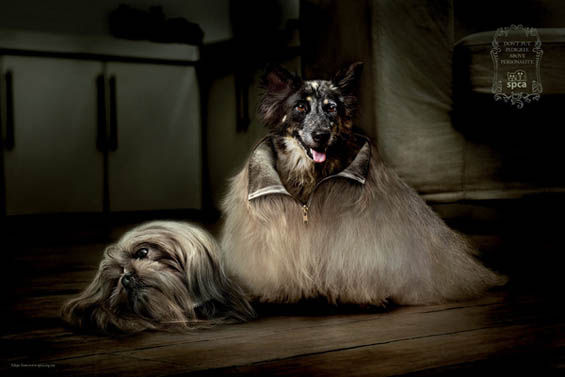 Vasiliki Marapas — January 13, 2014 — Marketing
References: inspirefirst & beautifuldecay
Share on Facebook Share on Twitter Share on LinkedIn Share on Pinterest
Jaime Toh has designed a clever SPCA adoption advertisement that is sure to tug at your heart strings. The campaign cautions potential new pet owners against scouting for a specific breed, instead urging them to consider adoption. The images feature the SPCA pets shedding their "costume," which is meant to represent a purebred animal. The SPCA animal underneath the costume is slightly more disheveled than it's purebred counterpart, which is where the ads tagline comes into play, reading, "Don't put pedigree above personality."

Though slightly morbid, these advertisements are certainly powerful. If you're considering adding a furry member to your family, Toh's ads will leave a lingering impact.