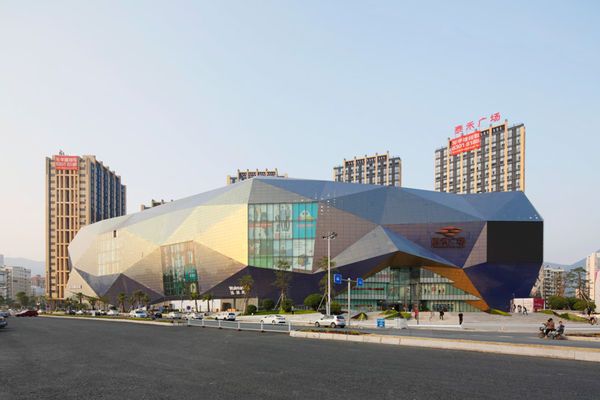 The space is expansive and open 24 hours a day, so individuals can constantly find a source of fun in the building. According to DesignBoom, "selected plates also serve important visual functions such as illuminated signage boxes, advertisements, and three large LED screens." The facade, then, works as a source of entertainment in and of itself too. Passersby can look up and see a number of different digital and traditional forms of amusement even before entering the building. The entire design is also very futuristic with the geometric shapes used.