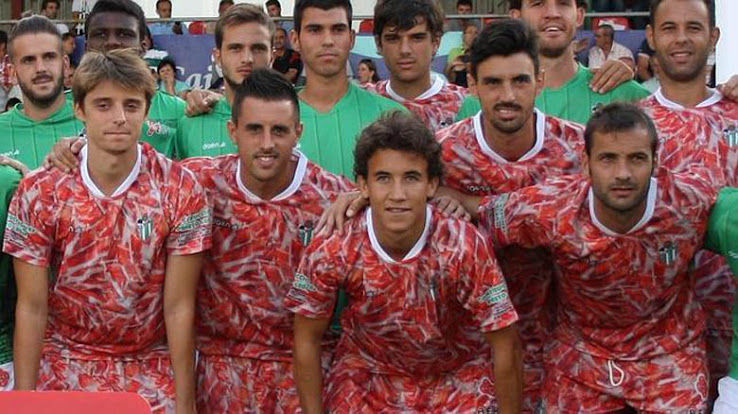 Cadhla Gray — August 17, 2015 — Marketing
References: footyheadlines & firstwefeast
Share on Facebook Share on Twitter Share on LinkedIn Share on Pinterest
A little town in Northwest Spain, Guijuelo, is well-known for both its love of soccer as well as its love of cured ham, so the Spanish soccer team decided to bring the two together. The town's third division soccer club came out with a jersey that has strips of the beloved meat, jamon iberico, covering the majority of the kit in this meat pattern.

Guijuelo's soccer club isn't the first to sport a food-themed uniform. La Hoya Lorca's team had a "Clockwork Broccoli" kit, named after the Stanley Kubrick film and CD Lugo had a beer and octopus jersey.

The teams are creating these absurd kits to garner more attention, whether it be curiosity, confusion or hunger-driven. With 'Bait' selling a popular Sriracha baseball jersey in July and these Spanish soccer teams sporting odd delicacies, the world is seeing more and more food-themed sports apparel popping up.
3.6
Score
Popularity
Activity
Freshness
Get the 2021 Trend Report FREE