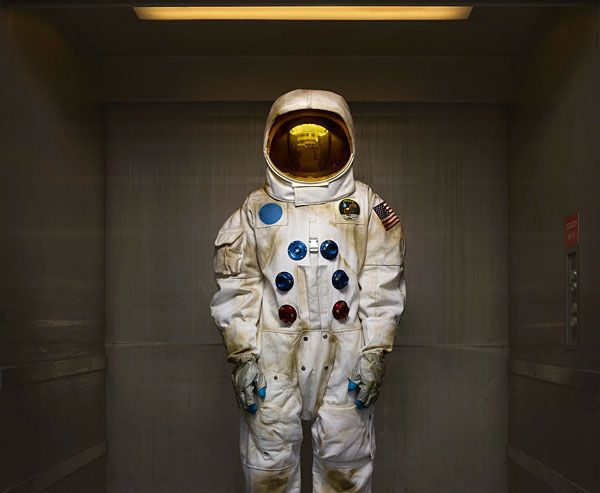 Ken Hermann's 'Spaceman' is an Alien to the Desolate Earth

In his photo series, titled 'Spaceman,' Ken Hermann's conceptual photos of an astronaut, with an American flag stitched to his space suit, is placed in desolate, abandoned and unidentifiable places around the world. While trying to imitate the lifelessness of foreign planets in our galaxy, Hermann's photos imagine what life after life would be like for someone discovering post-human life. In one image, the astronaut is seen standing in a lush but overgrown patch outside a small rectangular house, while in another, the astronaut walks on the pavement of a gray and gloomy street as a lone light dimly shines on him.

While the portraits don't conjure up images of a post-apocalyptic world -- since the astronaut can be seen standing alone in a well furbished library and sat at a table with neatly organized books behind him -- the astronaut nonetheless reminds us of the vastness of our world that exists beyond Earth.
2.2
Score
Popularity
Activity
Freshness
Get the 2023 Trend Report FREE