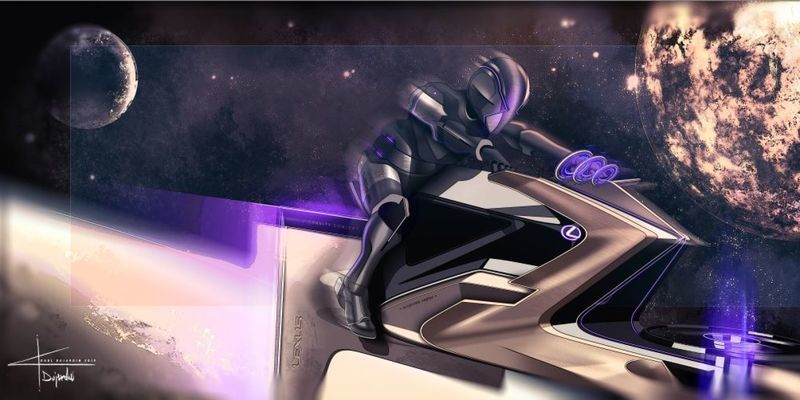 One of the most notable concept vehicles was a vehicle that resembles a motorcycle, which was titled 'Zero Gravity,' and was designed to function using a magnetic levitation system. Other notable concept space vehicles include the Lexus Lunar Mission, which was designed to transport humans from earth to their destination. Additionally, the Lexus Lunar Cruiser was also envisioned, which would have the ability to provide a smooth driving experience on the rough terrain of the moon.