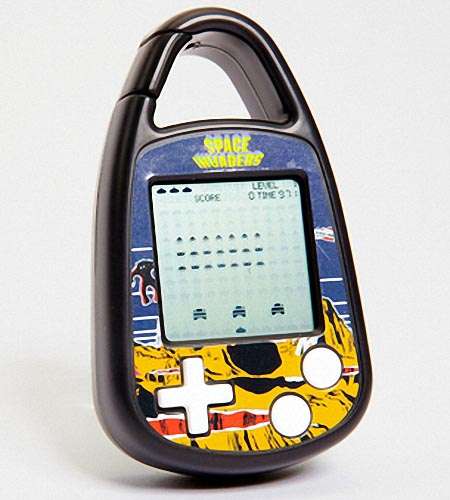 Matt Ho — November 12, 2011 — Tech
References: fredflare & gadgetsin
Carabiners are often used in rope-intensive activities for safety purposes and now it's become a video game as well thanks to the new Space Invaders Carabiner.

The Space Invaders Carabiner isn't just some novelty item splattered with graphics of the arcade game, because you can actually play the game on it. All the standard directional and fire buttons are there that will allow any individual to stop invading aliens from taking over the LED screen. There will be 10 levels in total to play on.

Whether the Space Invaders Carabiner is attached to a belt, key chain, or a backpack, it is guaranteed to provide some entertainment during the more mundane moments. Besides, everyone needs a break once in a while.
0.3
Score
Popularity
Activity
Freshness