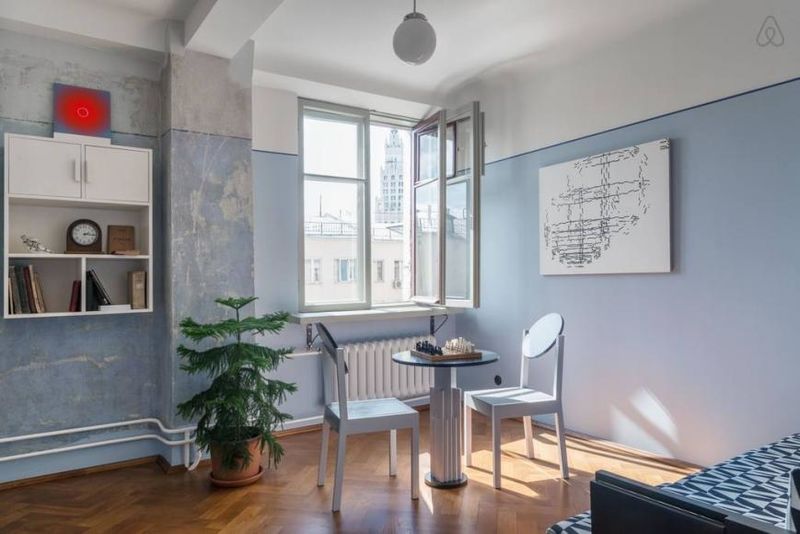 Justin Lam — December 20, 2018 — Art & Design
References: airbnb.co.in & luxurylaunches
Share on Facebook Share on Twitter Share on LinkedIn Share on Pinterest
Designed to resemble a 1930s Soviet utopia, this unique Airbnb is a Soviet-styled apartment in the heart of Moskva, Russia. Conceptualized by two Moscow-based activists, this project is described as a “time machine” to the Stalin era. According to the listing, the Soviet-styled apartment is "located in a historical constructivist building, carefully restored and fully equipped with authentic and reconstructed furniture, lights and tableware."

The space itself was designed by architect Ivan Nikolaev, who is best known for his design of a Moscow textile institute dormitory. When creating the Soviet-styled apartment, Nikolaev focused on an avant-garde vibe and worked with Less design studio to recreate furniture for the flat. While renovations and redesigns were made to the space, the ultimate goal of the apartment was to maintain the heritage and historic vibe of 1930s Soviet Union.
2.2
Score
Popularity
Activity
Freshness
Attend Future Festival