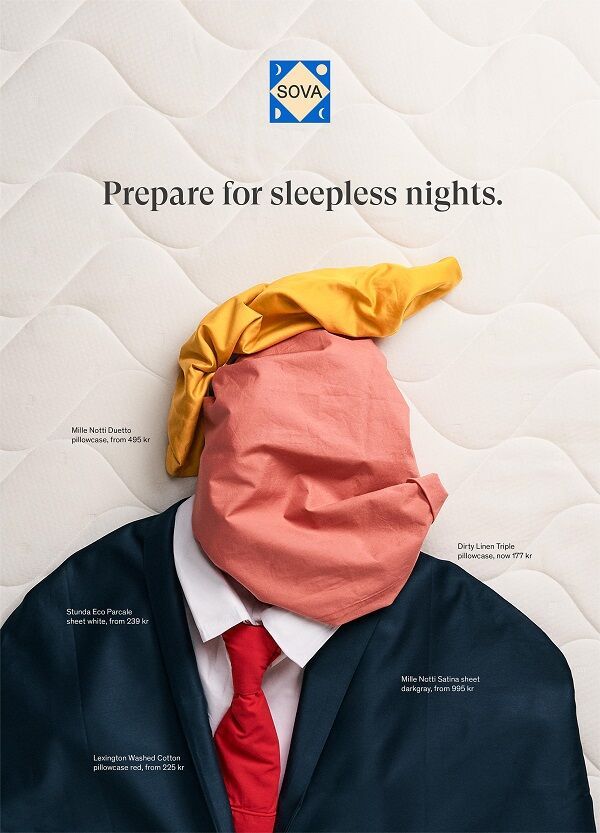 The tongue-in-cheek ad tells consumers to "Prepare for Sleepless Nights," alongside a set of colorful sheets that are shaped to resemble republican candidate Donald Trump. With American voters and viewers across the world still awaiting the official election results, SOVA's ad plays on the widespread feelings of uneasiness that many are experiencing in the meantime. Beside the sheets, SOVA highlights the names and prices of the different designs, simultaneously showcasing its selection of home goods that are available through its website.

SOVA partnered with a small advertising agency called Garbergs to design the ad, which is also located in Sweden.