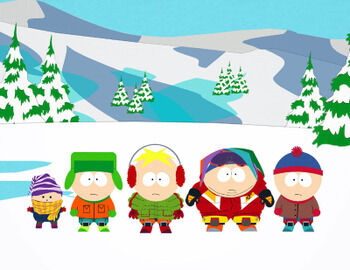 Bianca — November 30, 2007 — Pop Culture
References: extremetech
Share on Facebook Share on Twitter Share on LinkedIn Share on Pinterest
In an effort to increase viewership and appeal to audiences, every South Park episode, past and present, will be made available for free online. The new initiative from MTV Networks will have the cartoons available as of next year to reach more consumers.

Viacom has begun offering around 13,000 episodes of The Daily Show with Jon Stewart online in October, with episodes dating back to 1999.

Contrary to what one might expect, it actually boosted TV viewership of the show, encouraging MTV to start offering more free videos. Other than South Park, no others have yet been named.

"One does not diminish the other by any stretch of the imagination. That is kind of our hat trick," said MTV Networks Chairman and Chief Executive Judy McGrath.

The South Park clips can be found at SouthParkStudios.com. Don't forget to send out your Christmas Poo to those who appreciate it!